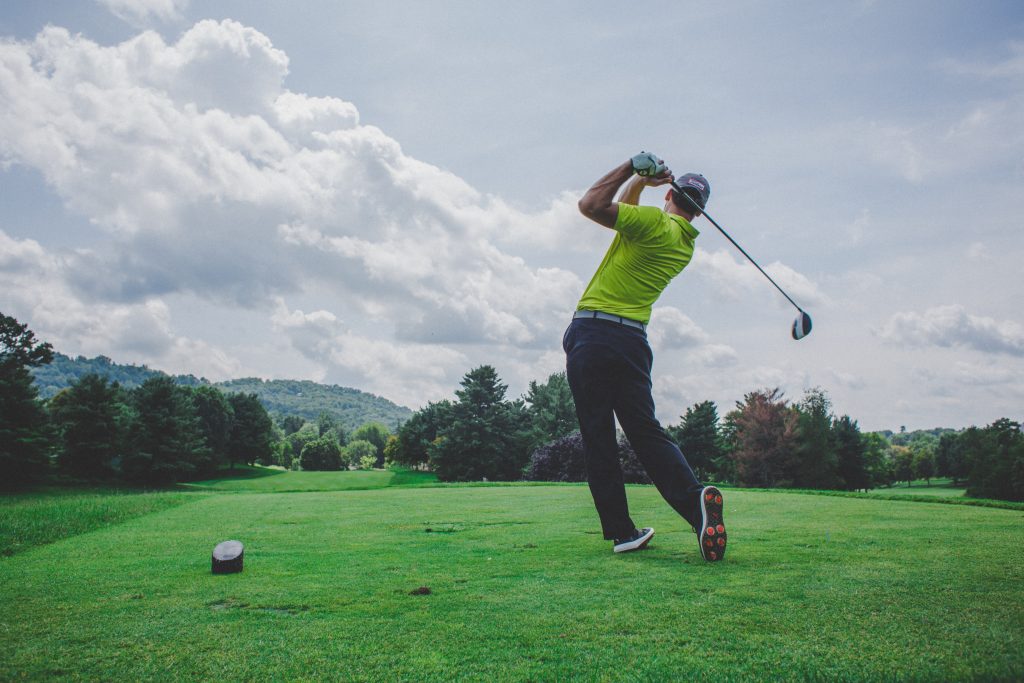 If you have ever been in a professional golf game, you know how vital swing accuracy is. How fast a golf ball goes largely depends on your accuracy, the swing, and the force you exert on the ball through the club. Well, even if you are not a professional golfer, flexing on your friends and showing off on the course is always entertaining.

That’s why, in this article, we discuss the typical speed of golf balls, how fast they can go depending on the type of club, and how you can enhance your skills to have a faster ball. If you are merely a beginner, don’t be discouraged! No one starts with excellent skills, which is why we recommend you learn everything about golf balls’ speed to enhance your skills on the course.

There are a few things you should keep in mind when it comes to the speed of your golf ball. First of all, a lot of the speed measurements mention velocity. Velocity measures the rate of how fast the ball changes direction. Below are a few general facts you should know to understand how quickly a golf ball travels when struck:

Both the USGA (United States Golf Association) and R&A (European golf governing body) have agreed that the ball’s velocity is not allowed to exceed 250ft/second. While that is almost impossible to achieve, it is still the guideline, and no one can exceed it. 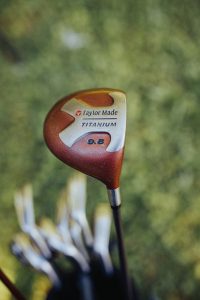 While you might believe that the main factor affecting how fast a golf ball goes off the tee is the force you inflict, that is not the only element. If you want your ball to go faster, one of the most important things you have to focus on is hitting it with that sweet spot on your club at the right angle. Moreover, the type of material your club is made of affects the speed. For instance, titanium is the material that provides the most increase in velocity. That’s why you see golfers switching up their clubs during a game, as different ones offer different forces and rates.

After extensive testing, the USGA uses a club swing that equates to 109 mph. They use this force to produce a speed that simulates professional golfers. This force results in a golf ball speed of approximately 148 mph. Hence, the average golf ball speed is around 150 mph.

Keep in mind that these calculations are often measurements taken immediately after impact. That’s because the highest speed of the club and the golf ball is reached right after the hit occurs. Hence, during the ball’s flight in the air, it loses its speed due to gravity and air resistance acting on it.

However, the average speed for long drive golf competitors is around 210 mph. As for amateur golfers, the average rate would be about 150 mph. As for PGA Tour Pros, their golf ball speeds range from 160-190 mph.

How Fast Does a Golf Ball Go With Different Clubs? 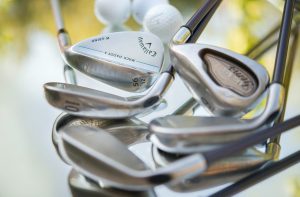 Different clubs have different masses, materials, and designs. Hence, you definitely will get different speeds according to the type of club you are using. Keep in mind that professional golfers switch up the kind of club they are operating through a play according to their goal.

Below is a list of different speeds achieved by PGA Tour pros, amateur golfers, and LPGA golfers to demonstrate your expected rate according to your level. All the ball speeds mentioned below are averaged.

Remember that BS will stand for Ball Speed, and SS stands for Swing Speed to simplify things.

How Can I Increase the Speed of Golf Balls?

The ultimate secret lies in your technique to increase your club’s speeds as it hits the ball. However, there are several different things to stay on the lookout for, and below are a few tips to get better at it. First of all, you need to understand that to increase the speed of your ball upon impact you need to enhance your swinging skills. 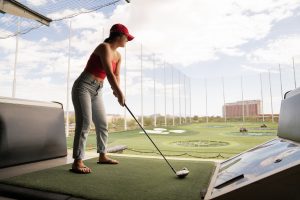 Telling you to increase your swing speed is not as easy as it sounds. It would be best if you acknowledged your strengths, weaknesses, and the general shape of your swing.

Here is a general guideline to determine which part of your swing needs improvement. Hit three balls in a row off a practice tee. Try a slightly different technique to find out what works for you on each try. For instance, try moving your arms faster, then speeding your body thrust during the downswing, speed up your arms, and so on. This way, you get a better gist of what might be going wrong. Repeat this as many times as you want to find out which technique works best for you.

We also recommend you check out the Supergolf Training System. This system is based on three different clubs with different weights equipped to enhance your speed during a game. This beautiful combination of different weights of the clubs prepares you through speed training and strength training. You can notice a 5% increase in your swing’s speed after only the first training. After regular exercise, you get the hang of it, and the swing speed becomes a permanent element in your plays.

Impact tape is a fantastic product that you can use during your practices. Since the tape can show you where you hit the ball, you can slowly start fixing your swing to hit the sweet spot. Now, we recommend you do this repeatedly to find out where the impact is occurring on the club. So, first of all, place the impact tape on your clubface. Then, once you hit the ball at the driving range, check the impact tape to find out where you’re hitting the ball. This way, you can slowly start figuring out why you’re not consistently hitting incredible speeds.

No. 3: Shift Your Weight

According to Tiger Woods in his book, “How I Play Golf, he recommends that 80% of your weight should be over your front leg once there is an impact between the club and the ball. Hence, practice swinging the club and shifting your weight from the back leg to the front one as you hit the ball.

No. 4: Use Proper Equipment

Did you know that using the wrong equipment will significantly lower the speed and distance traveled? Hence, once you figure out how to fix the minor errors in your swing technique, check out whether the equipment you’re using is working for you or not. Hence, we recommend you get your clubs and head to the nearest simulator, which you could possibly find at local retail shops. You should watch three things at the simulator: ball speed, club speed, and spin.

Moreover, you can always practice at your home with some foam golf balls. Not only do they provide a convenient way to practice anywhere, but you can also enhance your techniques using them.

Conclusion: How Fast Does a Golf Ball Go?

All in all, there is no set answer to how fast a golf ball travels. However, the average speed would be around 150 mph. But keep in mind that the rate will vastly differ according to your swing speed, technique, the club material, and the type of club you’re using. 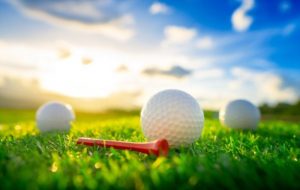 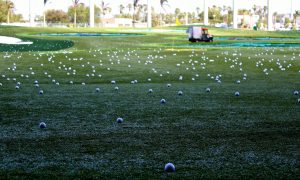 What to Do With Old Golf Balls 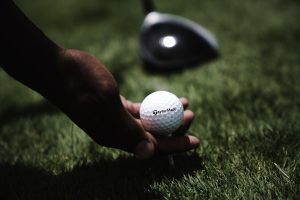 How Long Do Golf Balls Last? 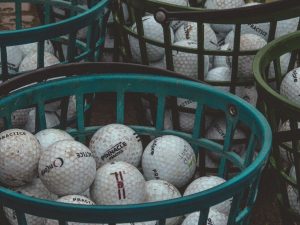 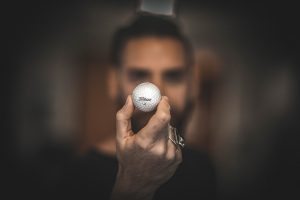 How to Clean Golf Balls

What Do Numbers On Golf Balls Mean